A Journey of Transformation 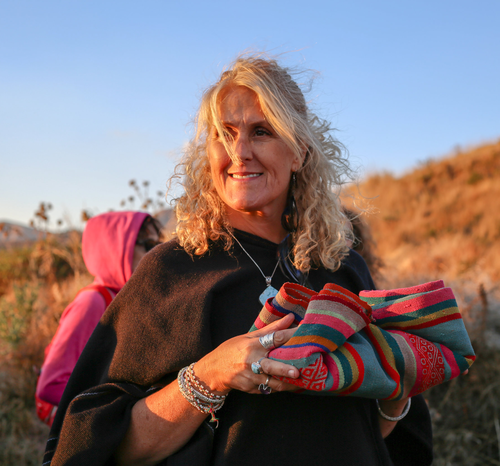 It was the summer of 2007. My mother passed away the year before and her death devastated me. I was in fear around finances and had yet to land a job in the field I was working so hard towards.

The last thing I felt I should be doing was running off to Peru on a spiritual journey.

But I had such a profound healing experience with the amazing Shaman from Chile, Marcella Lobos, that when she suggested I go with the Four Winds Society, I tuned in and listened. 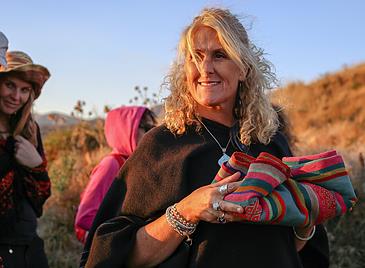 When we landed in Cusco, the music that came on the plane was my mother’s favorite song by the artist Enya and I knew then that I had her blessing.

The moment I stepped upon the land I could feel a peaceful vibration. The air was clean and crisp, the people smiling and friendly. I felt as though I had gone back in time, and in a way I had.

We all got on a big bus and headed to the Sacred Valley. As we passed the snowcapped mountains (called the Apus) I could feel their energy and strength in every fiber of my being. We learned about the medicine men and women of the Andes, the Q’ero. I heard the word Ayni for the first time and the idea of reciprocity as a Universal law. I understood being open to give and receive is at the core of their teachings.

Although I had not yet fully claimed my role as Shaman I could feel the call begin to rise and was honored to be answering.

When I came home from that trip to Peru my life unfolded in unimaginable ways. Insecurities that had once plagued me began to disappear. I was finally connecting to my spirit guides and trusting my intuition like never before.

Two years later, I was guided by spirit to open my home as the Orange County Healing Center. I began leading groups to the sacred sites of Peru and England. On New Year’s Eve 2009, I lead a group to Peru to anchor in the masculine and feminine energies. While the Peruvians were dancing in the streets we headed up to the Temple of the Moon in the pouring rain to install medicine rites under the stars. It was magical and I feel honored to have been there.

We use cookies on our website to give you the most relevant experience by remembering your preferences and repeat visits. By clicking “Accept All”, you consent to the use of ALL the cookies. However, you may visit "Cookie Settings" to provide a controlled consent.
Cookie SettingsAccept All
Manage consent

This website uses cookies to improve your experience while you navigate through the website. Out of these, the cookies that are categorized as necessary are stored on your browser as they are essential for the working of basic functionalities of the website. We also use third-party cookies that help us analyze and understand how you use this website. These cookies will be stored in your browser only with your consent. You also have the option to opt-out of these cookies. But opting out of some of these cookies may affect your browsing experience.
Necessary Always Enabled
Necessary cookies are absolutely essential for the website to function properly. These cookies ensure basic functionalities and security features of the website, anonymously.
Functional
Functional cookies help to perform certain functionalities like sharing the content of the website on social media platforms, collect feedbacks, and other third-party features.
Performance
Performance cookies are used to understand and analyze the key performance indexes of the website which helps in delivering a better user experience for the visitors.
Analytics
Analytical cookies are used to understand how visitors interact with the website. These cookies help provide information on metrics the number of visitors, bounce rate, traffic source, etc.
Advertisement
Advertisement cookies are used to provide visitors with relevant ads and marketing campaigns. These cookies track visitors across websites and collect information to provide customized ads.
Others
Other uncategorized cookies are those that are being analyzed and have not been classified into a category as yet.
SAVE & ACCEPT